Ten of the previous high ranking officials were publicly trialed on 14th of May 2019 by the preliminary court of Anti-Corruption Criminal Justice Centre (ACJC), charged with abuse of competency, betrayal and deception. 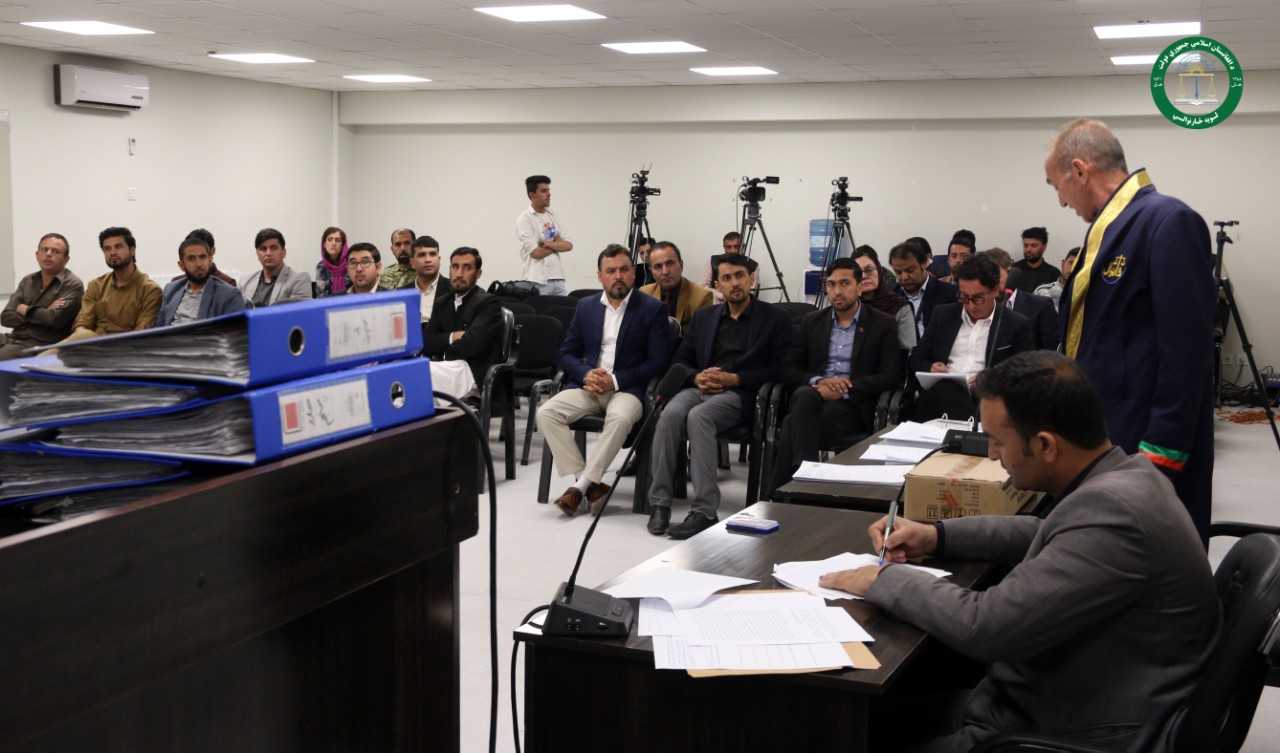 The Judicial Board of this season, according to the Paragraph 2 of Article 170 and Article 39 of Penalty Code and by observing the Paragraph six of Article 212, 237 and 209 of Penalty Processing Code and Article 17 of Penalty Code trailed Ahmad Zia Eftaly and Sayad Hafeez Zohoor on the charge of betrayal and Mohammad Hakim, Abdul Samad, Abdul Fatah, Mohammad Arif, Mohammad Sabir, Abdul Rahman and Noorullah on the charge of partnership in this case.

On the basis of the decision of Judicial Board in this season, according to the explicitly states of Article 156, 170 and 39 of Penalty Code and with consideration of Article 17 of Penalty Code, Nisar Ahmad was also sentenced to 6 months imprisonment on the charge of participating in this case and deception of the documents.

Also, the Judicial Board of this court, according to Article 48 of Penalty Code ordered the defendants for payment of 17 million and 220 thousands AFN.