Biography of the Attorney General

Biography of Mohammad Farid Hamidi, the Attorney General of Afghanistan 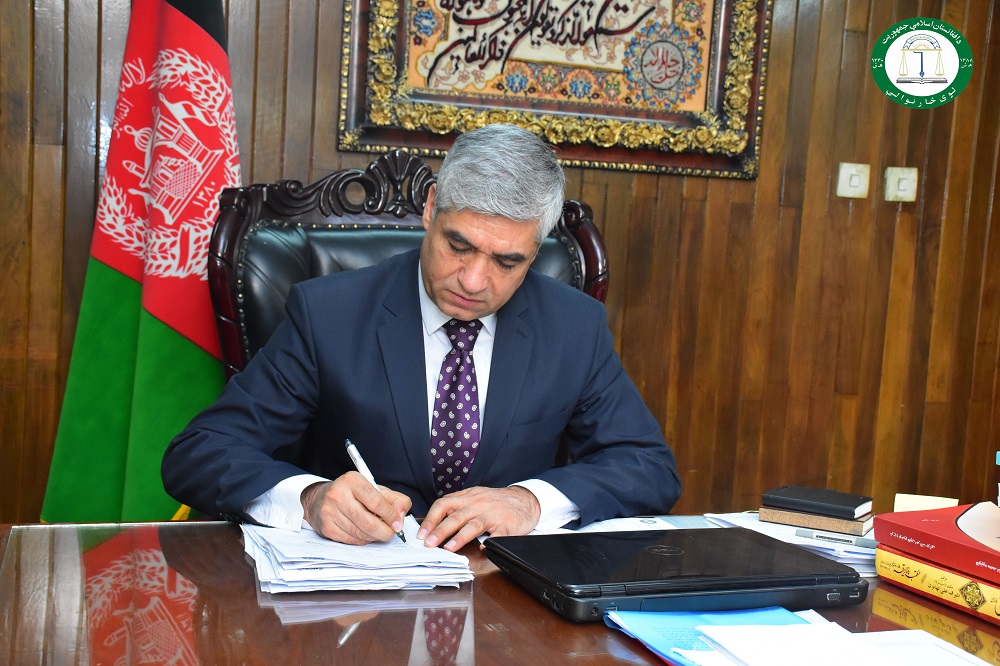 Mohammad Farid Hamidi was born in 1964 at Nangarhar province of Afghanistan. His Excellency completed the elementary education at the local school. Then entered the National Police Academy of Afghanistan and graduated from the Criminal Justice Faculty as an undergraduate student. Mr. Hamidi then went to Kabul University and obtained a Bachelor of Art (BA) in Law and Political Sciences. Later, he graduated from the Islamic Azad University with a Master of Art (MA) degree in criminology.

These educational and experimenting periods have had a lasting impact on Mr. Hamidi's future and introduced him to the depths of the social, political and legal problems of Afghan people. In the shadow of these total social and cultural conditions, a commitment was fostered to him, and made him interested and engaged in social, political and cultural affairs forever. His continuous activities in the field of education, ensuring justice and rule of law, was just the beginning of Mr. Hamid’s enlightened future. By reviewing his biography, we can easily found his interest, breadth of thought and depth of his commitment and activates. Such kind of enriched and productive life story shows the scientific character and moral commitment of him toward human, Islamic and national values of the country and people of this land.

Despite performing successfully his duties and functions on the aforementioned posts, Mr. Hamidi has served as the adviser of the Ministry of Youth Affairs. Also, He has served as President of the Presidential Advisory Board for the appointment of senior government officials for six years, according to the presidential decree of the Islamic Republic of Afghanistan. In 2014, he was appointed by the international organization "Asia-Pacific" as the Ambassador for Prohibition of Torture in Afghanistan.

Numerous scientific and investigative papers in the field of law and politic have been published in prestigious journals and magazines from Mr. Hamidi, such as Modernization in Afghanistan, Rule of Law and Law and Judicial Reforms.