Farid Hamidi: Afg won’t Have a Better Future, without an Honestly, Seriously, Fairly and Precisely Combating Violence against Women

In the opening of the ceremony, Mohammad Ashraf Ghani said that our inspiration and responsibility against women have root on Prophetic Sire and the Prophet Mohammad (PBUH) has never raised his hand on a woman and this is a real inspiration of our society and everything else is against the prophetic sire is not acceptable for us. 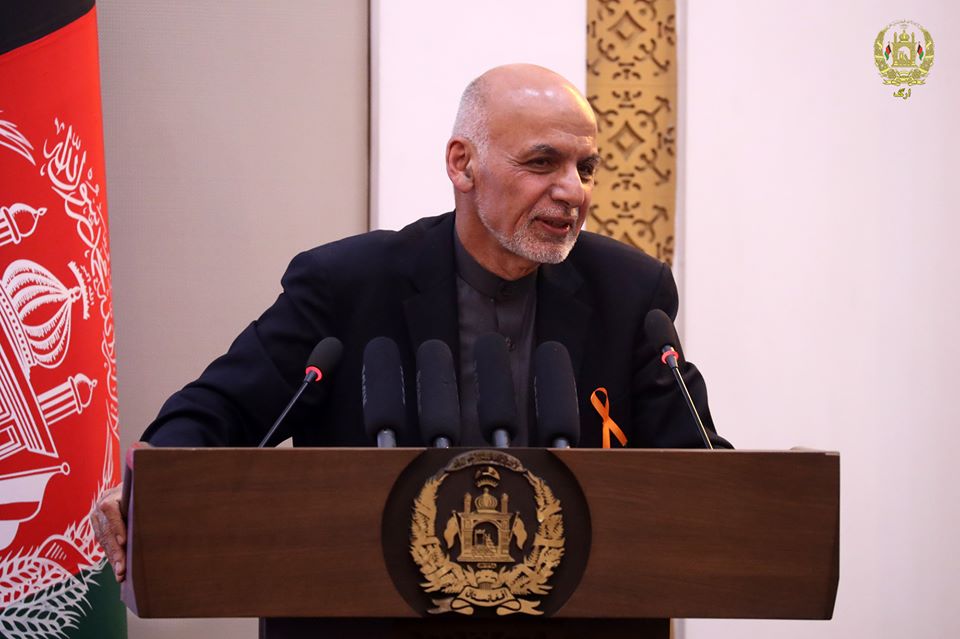 Mr. Ghani said that the first job of the president is to implement the constitution, detection of crime is the duty of security forces and police, investigation of crime while implementing the law and ensuring justice if the duty of the AGO and Supreme court.

Mr. President further added that violence against women must be investigated fundamentally in order to specify the different types of violence and look after a specific strategy to eliminate this ominous phenomenon.

President Ghani also pointed out that there are a clear will and determination for combating the violence against women and the AGO have full autonomy in this case. He said, “I proud that I had never interfere in judicial cases and no one has the right to interfere in such cases and such interference is considered as a crime.” 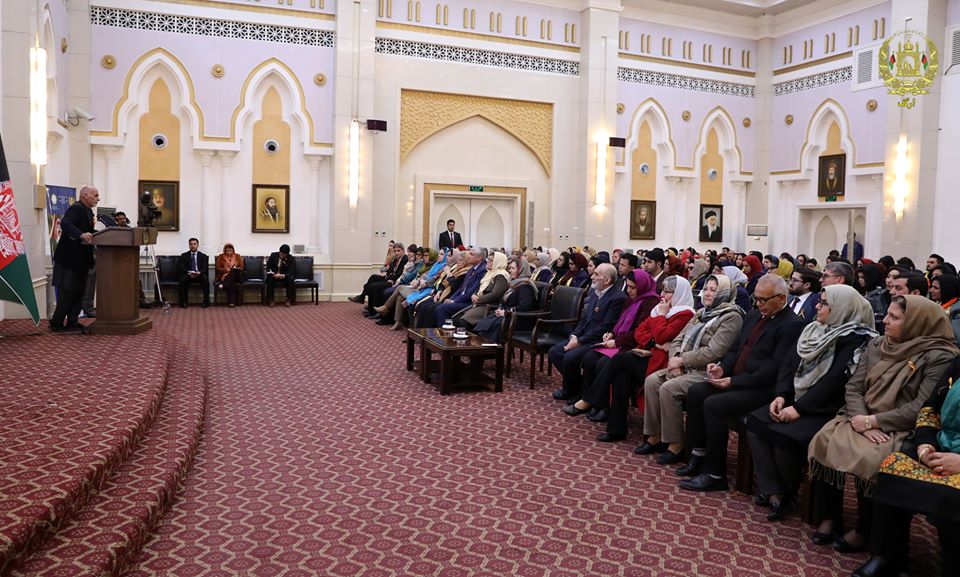 In this ceremony, Saranpoh Mohammad Farid Hamidi, the Attorney General of the Islamic Republic of Afghanistan said that this is the several times that we are launching this campaign in the presence of the President, First Lady and elders of the country and our partners from various entities which itself shows the decisive willingness of the leadership of the Islamic Republic of Afghanistan for combating violence against women.

According to the Attorney General, the commitment and will of the Afghan government for combatting violence women is a priority, but 25th of November (World Day for Combatting Violence Against Women) is a day of renewed commitment to Afghan people which combating violence against women is a top priority of the Islamic Republic of Afghanistan.

The Attorney General said, “this is an opportunity that past performances should be investigated in order to highlight the existed progress, achievement, challenges, failures, and gaps in order to efforts for an Afghanistan free from violence and gender inequality with exercising the experience gained during combat of violence against women.” 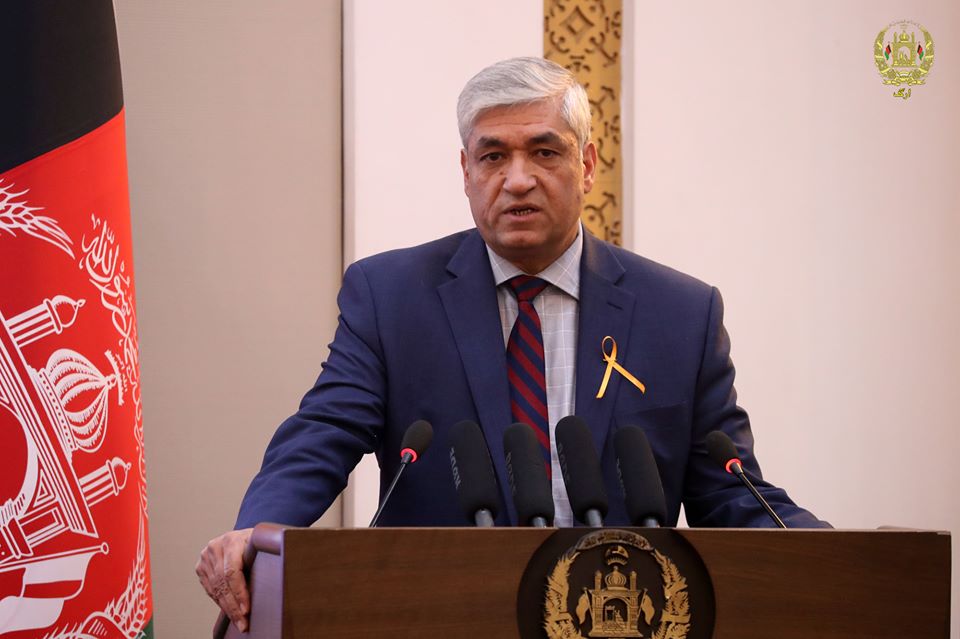 According to Mr. Hamidi, there are a number of crimes which we have established particular entities for investigating them in order to combat them seriously. These crimes include violence against women, drug trafficking, kidnapping, and serious corruption offenses. Criminals against women, along with some other crimes, are criminals who do not benefit from the President's pardoning and deduction decrees.

The Attorney General stated that there are special prosecutors and courts for combating violence against women in 34 provinces of Afghanistan. I can say proudly that in the 32 provinces, non-violence prosecutors are managed by powerful, motivated, and courageous female prosecutors, who were existed in only ten provinces about three years ago and were mostly led and managed by men.

She added: "Our commitment is to provide access to justice for all vulnerable people in Afghanistan, especially women and children. Right now we have 245 female prosecutors at the Deputy of AGO level for Combating Violence against Women and several presidents across the country. Meanwhile, there was only one directorate with several female prosecutors.

Mr. Hamidi further added, "Last year there was a report on a media about a woman that came under spraying acid on her face. Everyone in the country was shocked by this crime. About three months later, according to the ruling of three courts, the offender was sentenced to four years in prison, while he was not able to use from the pardon, but we tried to convict the same media outlet to broadcast the conviction news of this perpetrator but failed. Whenever the news of such kind of crimes are broadcasting on media, the families are losing their peace and security, so they have the right to know what the Afghan justice and judicial system has done to that case. " 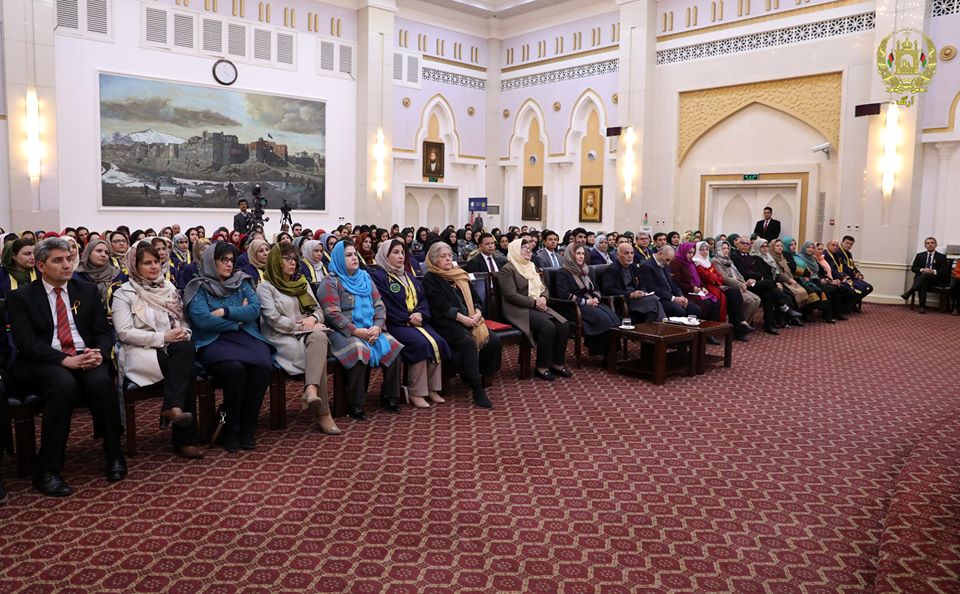 He added: "We held an exam last week for 81 professional positions, where 1850 eligible people were qualified. Out of the 433 were women and 29 were succeeded to pass the exam, which shows 37% the proportion of women in the recruitment process at the Attorney General's Office, while it was only three percent four years ago. Fortunately in this exam, from first to sixth grade were women. This is a very small sample of modern Afghanistan and of its brave and courageous women."

Mr. Hamidi called on the Ministry of Justice, the Independent Association of Advocates and international organizations to provide the conditions for female defense lawyers in provinces of the country to better defend themselves in cases of violence against women.

According to Mr. Hamidi, a Statistics Center for Violence against Women should be established to carefully analyze all these cases so that the achievements and challenges in this field can be identified nationwide and sought a solution to that.

She added that the Attorney General's Office (AGO) has investigated 2530 cases of violence against women in the first three quarters of the current fiscal year. While we had investigated 2701 cases in 1397 and 2531 cases in 1396. The increase in the number of cases of violence against women shows that people, especially women, have greater access to justice and we can call it a great achievement.

The Attorney General of the Islamic Republic of Afghanistan said that on behalf of the Attorney General, I once again pledge to all Afghans that I have a decisive will for implementing justice for the protection of their families, physical and mental health of women and children and all Afghan public.

In the program, Hassena Safi, the acting minister of the Ministry of Information and Culture, and Mohammad Zamani Sangari, a member of the Supreme Council of the Supreme Court, also spoke about the functions and implementation of these institutions in combating violence against women.